If the winning New Zealand Powerball number also shares a line with the lotto winning numbers then the ticket holder wins both a share of the Powerball pool, and the main Lotto draw. 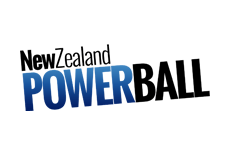 When it was introduced the New Zealand Powerball was drawn from just eight numbers and the prize was a mere million. The jackpot was initially $15 million and gradually rose to $30 million. It wasn’t until 2007 that the Powerball changed to 10 numbers and the minimum prize went up to $3 million. It was in 2010 that the price was raised to 60 cents from 50. This then saw the minimum prize rise to $4 million and the maximum reached its current $40 million.

The largest ever New Zealand Powerball prize that a single ticket won was $33 million, the draw was on the 28th of September, 2013. The ticket was sold in Ponsonby in Auckland.

In 2008 2.5 million tickets were purchased for a must be won $30 million draw. There were no First Division winners, thus the jackpot trickled to the Second Division where 5 winners each received just over $6 million.

The only way to take part in New Zealand Powerball is by purchasing a ticket for New Zealand’s Lotto. You can choose your own numbers, or allow a machine to create lucky dips of 10, 15 or 20 lines that are generated randomly.

You can purchase your tickets up till 7:30 on draw day, whether you opt to create your ticket online or buy it in a local shop. If you choose to play online you can create a subscription and pay automatically, you’ll never forget to take part in the draw!