Spain is yet another country known for its lotteries. It is the country which hosts the lottery with the highest payout ever recorded – a mammoth sum of €2.6 Billion which was paid out by the Spanish National Lottery popularly known as the “El Gordo” held once a year in December. Another of Spain’s lotteries is the BonoLoto lottery which was introduced in 1988 as a cheaper alternative to the Spanish “La Primitiva” lottery. 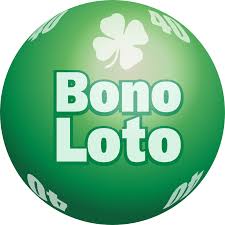 It’s first draw occurred on the 28th of February 1988 and since then, it has grown to become the main foundation of the Loteria Nacional. In 1991, the BonoLoto was amended such that a player can get a refund on his ticket if he/she is able to match the bonus number. Also, the lottery can be played by both Spanish and non-Spanish citizens. However, in claiming prizes, non-Spanish citizens may suffer taxes on the amount of their winnings depending on the tax laws of their country

How BonoLoto is played

The BonoLoto like many other international lotteries and like the Primitiva lottery uses a 6/49 matrix. This means that each player has to choose six numbers from a pool of numbers from 1 to 49 to participate in the lottery. Lottery draws are held several times a week meaning that players have greater chances of winning the lottery. The cost per bet for this lottery is €0.50. However, because the cost of one ticket is supposed to be €1, each player is obligated to play at least two bets on a single ticket. As has been mentioned above, each player is required to select six numbers to participate in the lottery draws. These numbers can be selected manually or automatically – the system automatically generates and selects the numbers for the player. The BonoLoto has two methods of play:

With this method, players can play up to eight bets on each ticket by choosing six numbers for each bet. Playing a bet is simple. All you have to do is mark your six numbers in each block. For example, if you want to play six bets, mark six numbers in the first block and another six in the second block and so on till you have marked in the sixth block. Remember that each bet costs 50 cents (€0.50).

Alternatively, a player can choose to play more than six numbers for a single bet. This is the Multiple Play option. Here, the player uses only the first block of his/her ticket. The cost of the ticket will depend on the number of multiple selections chosen. Players can choose the following multiples.

Which draws can players participate in?

The number of draws which a player wishes to participate in is entirely up to the player.

Alternatively, players can participate in all draws in a week – Monday, Tuesday, Wednesday, Thursday, Friday and Saturday. Your participation depends on the day of validation of your ticket. So, if you validate your ticket between Sunday and Monday, you are eligible to participate in all draws from Monday to Saturday. If your validation day is Tuesday, you are eligible for the draws of Tuesday to Saturday and so on.

Draws are held from Monday to Saturday every week. During the draws which take place at 9 PM (Central European Time), six numbers are drawn which constitute the winning numbers. After the winning numbers are drawn, an additional number is drawn known as the “Complimentary Number”. This number increases the prize paid out to players who successfully match five of the six main numbers. Players do not choose complimentary numbers. This number should match one of the player’s selected numbers assuming that the player has successfully matched five of the six main numbers.

The player who successfully matches all six main numbers wins the BonoLoto jackpot which starts at €400,000. The second prize is the only prize that uses the complimentary number and is won when a player matches 5 of the 6 main numbers plus the complimentary number. Other prizes exist for players who match 5, 4 or 3 main numbers with the prize amount increasing commensurate to the amount of numbers matched. There also exists a Refund which gives the player the total amount of his/her ticket if a player matches the number assigned to this prize. The jackpot amount is rolled over in case there is no winning ticket and it can be rolled over up to four times.