Swizerland might be one of the richest countries in the world but it doesn’t stop its citizens dreaming of winning big on the Swiss Lotto. Having created hundreds of millionaires and supported thousands of charitable projects since it’s inauguration in 1970 it’s easy to understand why it’s played on such a large scale. Indeed, it has managed to fund over 12,000 projects and has created over 600 millionaires in Switzerland and it doesn’t look like it will be stopping anytime soon. 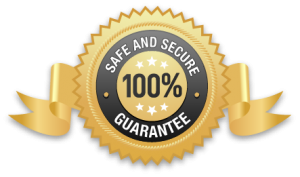 Exceptional winning odds as a result of a relatively small guess range and eight prize tiers have made it one of the most popular globally. The odds of winning the jackpot are a mere 1: 31,474,716 and, unlike other multi-state lotto games in Europe, doesn’t have a jackpot cap. Rollovers will continue to stack up as long as nobody has matched all their numbers and the minimum it is possible to win from the jackpot is a staggering CHF 1,500,000.

Rules and How to Play

Played much like many other Lotto games that players know and love, Switzerland’s lottery uses two drums to draw a total of seven numbers. The first drum
draws six numbers between one and 42 and then a second drum is used to pick the ‘Lucky Number’ between one and six. Unlike many other lotteries the Swiss lottery uses a much smaller pool of numbers which increases the odds of winning the jackpot drastically. Players can decide which numbers they would like to use or can go for a ‘Lucky Dip’ where numbers are picked at random for them.

Some players like to use statistics to help them pick numbers and since its most recent format change (in 2013) the number that most frequently exits the machine is number 24. The least common number is 41 and while statistically the chance of each number coming out is even, this is still something many players take into consideration with their choices.

The record for the highest jackpot was split between three lucky winners on 17 December 2016. These ticket holders split over CHF 70 million between them making for a very happy Christmas indeed. This broke the previous record of CHF 48.6 million that was set in August 2014. Having generated a massive amount of money for charities since it’s inception, the Swiss Lotto is also considered one of the most important sports, environment and culture sponsors in the country.

While winning the jackpot is enough to set you up for life, the other thing that makes this such a popular form of lottery is the fact that there are 8 prize winning tiers. These vary from all six numbers plus the Lucky Number down to only three balls from the first drum. Winning tickets payback more than the cost of entry so, mixed with favorable odds, the Swiss Lotto plays kindly into the hands of the consumer.