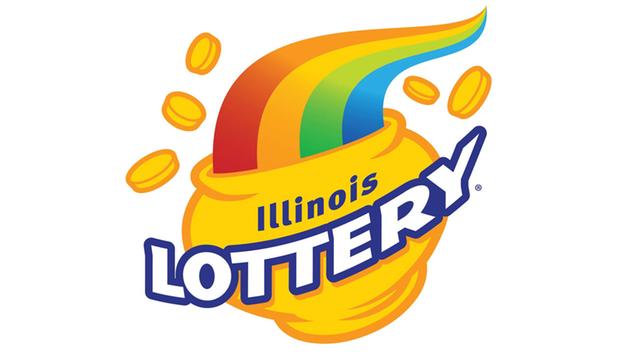 Krasimir purchased the ticket in Addison, at a Shell gas station. As a bonus for retailing the winning ticket, the store will receive 1% of the prize money calculated at $72,500.

More About the Illinois State Lottery

Wikipedia – The Illinois State Lottery (known simply as the Illinois Lottery) is an American lottery for the U.S. state of Illinois that is operated by the Northstar Lottery Group.

The Illinois Lottery began operations on July 1, 1974, when lotteries in the United States were confined to areas of the Northeast and Midwest. The drawings are supervised by the accounting firm of E.C. Ortiz & Co., LLP and verified by the auditing firm of Mayer Hoffman McCann, P.C.

Illinois is the only state lottery to have their non multi-jurisdictional drawings televised nationwide (which are broadcast throughout the United States and much of Canada via WGN-TV’s national superstation feed WGN America), though the 9 p.m. newscast was removed from WGN America in February 2014 as they begin their transition to a general cable network.

The Illinois Lottery is one of 44 lottery jurisdictions that participate in Mega Millions and Powerball (whose drawings are also broadcast by WGN-TV in the Chicago area and nationally on WGN America) – of these jurisdictions, 43 of the 44 lotteries offer both games.

The Lottery also offers Lotto (in which players pick 6 of 52 numbers) with a smaller jackpot, which is played on Monday, Wednesday and Saturday nights. Pick 3 and Pick 4 numbers are drawn twice daily; until April 16, 2014, with the discontinuation two months before of WGN-TV’s 9 p.m. newscast from WGN America, the same numbers applied to those playing the same games in neighboring Iowa; that state now draws their own numbers.

Lucky Day Lotto (5/39), with a minimum jackpot of $100,000, is drawn nightly. In 2009, the Illinois legislature passed amendments to the Lottery Law that approved the Internet Pilot Program to launch the sale of the Mega Millions and Lotto games on the Internet.

On December 23, 2011, a U.S. Justice Department decision provided much anticipated clarity to Illinois’ and other U.S. lotteries by confirming that the sale of lottery products over the internet by lotteries in United States jurisdictions was legal.

On March 25, 2012, Illinois became the first jurisdiction to allow internet lottery sales. Adults with an IP address within the state of Illinois can play the Lottery in this manner. The program will run for 36 to 48 months on a trial basis. On October 1, 2015, the Illinois Lottery started determining the winning numbers electronically, using a computer with a random number generator, instead of mechanically, using machines with numbered balls.

Prior to this date, the selection of the winning numbers had been broadcast on WGN-TV for more than 25 years. Winners of a Mega Millions (on an Illinois Lottery ticket) or a Lotto jackpot must choose the cash option within 60 days of the drawing if the cash option is desired (a Powerball jackpot winner on an Illinois Lottery ticket has 60 days after claiming to make their choice).

Like other state lotteries, purchasers must be at least 18 years of age in order to buy a lottery ticket for any of the drawn games or a scratch-off game. In December 2016, a Chicago Tribune investigation found that the Illinois Lottery simply suspended many of its most expensive games before awarding any grand prizes associated them.

While many lotteries across the United States do not hand out all grand prizes, the Tribune investigation found that Illinois’s rate of awarding top prizes was significantly lower. In one example, a game called The Good Life was distributed with tickets at $30 each, with two top prizes of $46 million, but the game was ended before the lottery sold most of the printed tickets.

2) The Capital Projects Fund, used for infrastructure improvements and job creation and

Each of the four special causes above are funded by a unique instant scratch-off game authorized by the Illinois General Assembly.

When the Lottery began in 1974, proceeds went into the state’s General Revenue Fund. In 1985, a law was enacted to earmark all Lottery proceeds to the CSF. Interestingly, a similar initiative was vetoed a year earlier by then-governor James R. Thompson, who said the bill earmarking Lottery proceeds to the CSF would give people the wrong impression that the Lottery would be a panacea for school funding. The Lottery’s first contributions from special-cause instant games occurred in the 2006 fiscal year.

The Illinois Lottery has contributed more than $18 billion to good causes from its inception through the 2013 fiscal year.

Beginning on July 1, 2015, the Illinois State Lottery suspended payouts on jackpots of $25,000 or more due to a state budget impasse. In October 2015, this was extended to all winnings above $600. The stated reason was that there was no legal authority for the Illinois Lottery or Illinois’s comptroller to issue checks. Despite this, the state continued to offer its lottery games for play.

The move has drawn criticism from some lawmakers, including one who has described the move as fraud. Some players have chosen to cross borders to play in other states, but many have continued to play in Illinois.

The Illinois Lottery is currently the subject of a class-action that seeks to recoup the monies that have not been paid since the suspension of payouts, including a group of players owed at least $288.4 million. On December 7, 2015, Illinois’s governor, Bruce Rauner, signed legislation which allowed for the resumption of all payouts. Current in-house games