In the past couple years there has been a lot of hype and reviews posted online about something known as the “Lotto Crusher System” or the “Lottery Crusher Formula” and if you go to their website you can see pretty much what there story is all about after just a couple of minutes on their main website landing page. 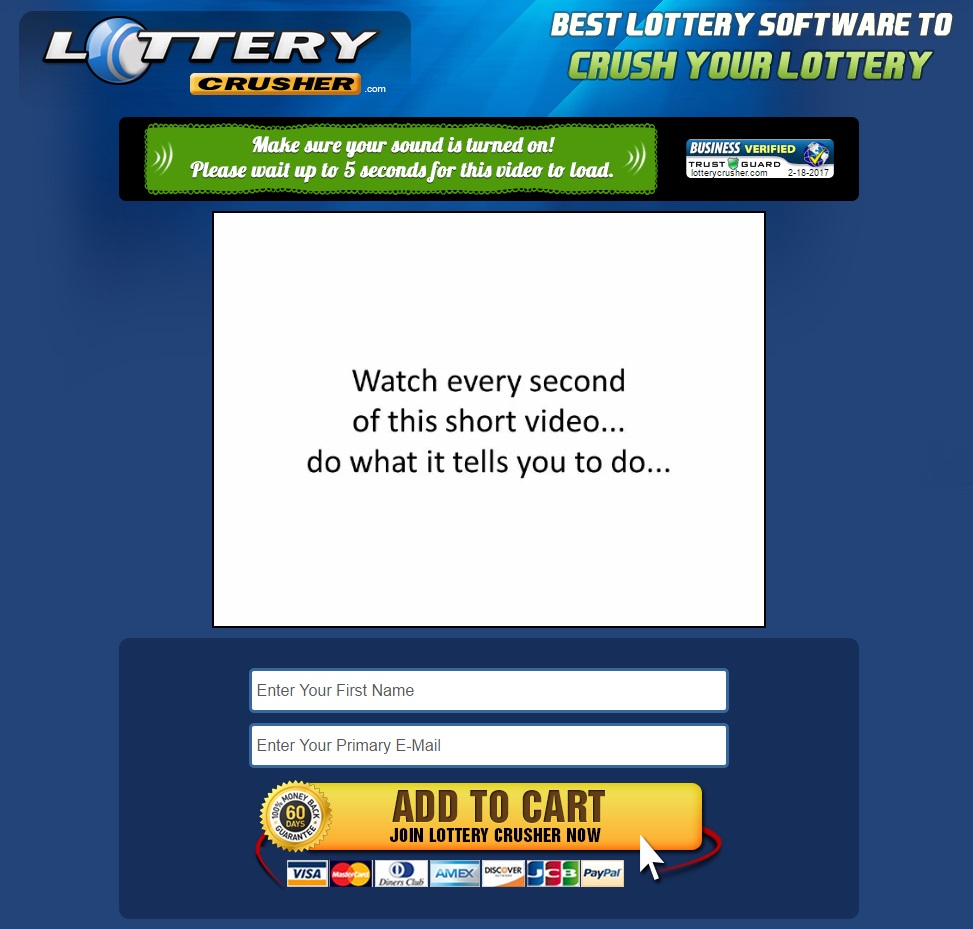 Lotto Crusher is Certainly a Scam!

In their video they say that if you buy their product for something around $100 you will be able to beat the lottery numbers by using their “secret” formula that somehow generates winning lottery numbers. Well we can all see that this is a big scam right away, we all know that it is totally impossible to predict lottery numbers, even if you are using a million dollar system that was made by the best programmers and mathematicians in the world and somehow found out how to beat the lottery, why would you sell it for $100 to whoever?

Another thing that shows that this Lotto Crusher formula is a scam is that ever since their website went about 2 years ago they still have the same video saying that they only have 100 places left for people to buy their product, this being after they have already sold their scam to thousands of victims!

Lets say for a moment that it actually works, that their software can win millions, then why would they sell it to only 100 people for $100 each? They would only be making $10,000 from a software that is worth billions? Something here is really fishy to say the least! In my own personal opinion anyone who tries to sell you a softwrae or program or furmula that can “predict” lottery numbers is a FRAUD no matter what angle they are using to try to sell their product.

The Lottery Crusher system is certainly a scam and you should stay away from it unless you want to throw away $100 to fraudsters.