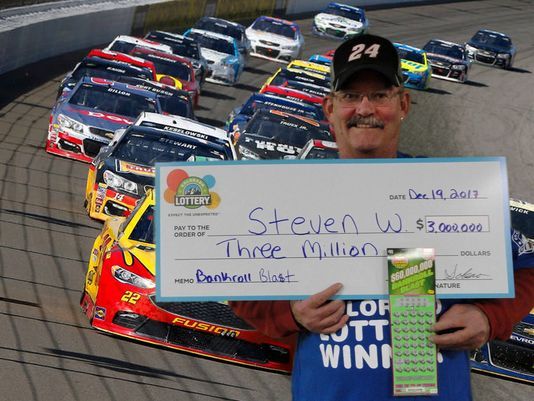 The Colorado (USA) Lottery has posted a press-release stating that a man by the name of Steven W. is the winner of a $3,000,000 jackpot prize from a lotto scratch off ticket bought in Colorado on Monday. The scratch off lotto game has 3 jackpot winners in the “$50 Bankroll Blast scratch game” and after taxes his cash prize is a total of $2,130,000 to take home – this is enough money for early retirement according to most.

Steven is “still did not believe it” when he came forward with the winning ticket at lottery officials offices and when he left the offices there was a whole crowd of people waiting for him outside the building that were cheering for him. He is now planning to retire soon from his day job and is probably going to take a few days off from work for the holidays.