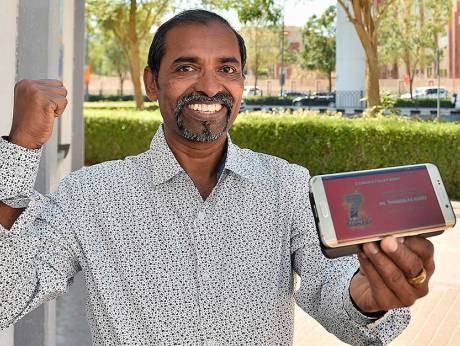 The winners were announced on their social media page.

Indians again won big at the lottery this month taking away most prizes.

Tojo Mathew, who had purchased ticket no. 075171 at Big Ticket Abu Dhabi, was announced as the winner of the bumper prize on Tuesday.

Nine other winners won Dh100,000 at the lottery today. The winners included five Indians, one Pakistani, and one from Kuwait.

The dream Dh7 million prize was announced at the Abu Dhabi International Airport’s arrivals hall at 10am.