People buy lottery tickets in hopes of winning great money, but almost none of them are ever sure of their fate. Lottery tickets can continue to roll over for a long time and many a times people would completely forget that they bought tickets to a big lottery and get busy in their lives. If you have got a lottery ticket in your hands, make sure you don’t let go of it. The major attraction in a lottery is you don’t who would win. Getting disappointed and losing track of your ticket is not going to bring you any profit.

People who bought tickets and held on to them have really received the rewards for keeping their hopes alive. Just recently a Powerball jackpot winner was announced. The winner, namely Rea, was working as a building maintenance supervisor for a long time. However, the huge win for him was the end of his job. The Powerball jackpot that he bagged with his ticket was for $70 million. Rea is 62 years of age right now and does not want to work anymore whereas his wife, Catherine Ruggeri-Rea, thinks she will abandon her position as a city’s courts administrator near the end of this year. 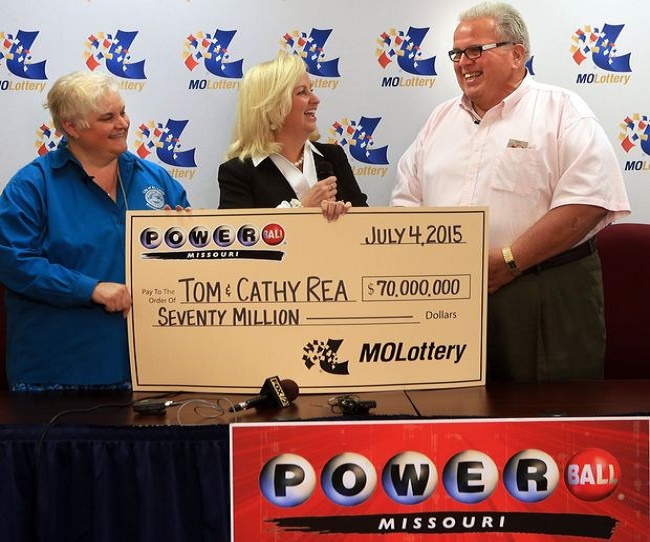 The winning ticket number was 3-6-14-18-24-21(PB). The most interesting thing about this ticket is that Rea has been trying this very same ticket number for more than 20 years. He continued to choose this number because it contained the birthdays of his family members and it proved to be life changing for him. Rea bought this ticket from a convenience store and it was at this store he found out about his big win. At first he could not believe his eyes as the machine said that he had won $70 million.

Thinking that his 20-year old wish to win a jackpot had started to make him see things he asked a clerk in the store to check the ticket for him. The girl who checked was so overwhelmed after checking the ticket that tears rolled down her eyes. The manager of the store too came and embraced the winning fellow. The amazing thing about his win is that he hit the Powerball as well. Additionally, his ticket also had Power Play 3 on it. This win of $70 million is one of the largest in the state of Missouri. While the couple had until December to claim their win, they have already claimed it.

They received their prize money on Friday at Missouri Lottery Headquarters located in Jefferson City. Rea is from St. Louis and with this win he will have his name included as the 9th largest winner of Powerball lottery from Missouri. Rea will definitely be a part of the news for some days to come as more and more people and media persons take interest in what he would do with this big money. Right now it seems clear that Rea is not interested in putting his bones to more test by continuing his current job as he announced to retire.